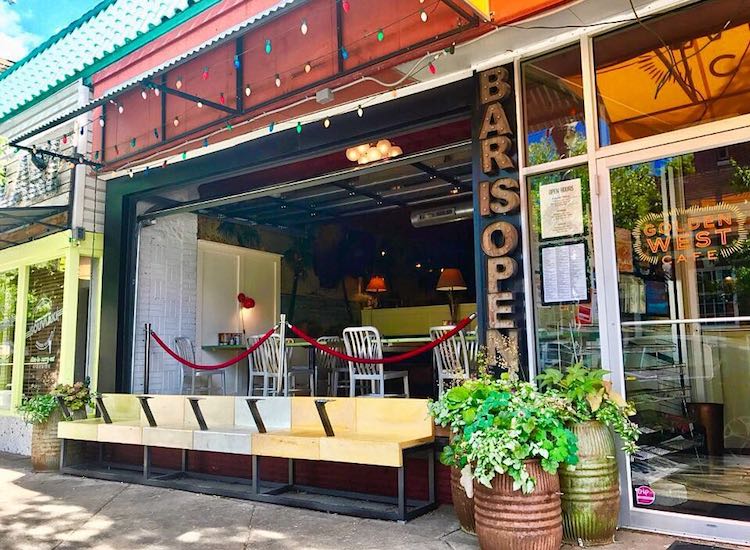 I just had a mediocre experience, at best. Waited about 45 minutes for a table… no surprise considering we hit the restaurant at the dinner hour on Saturday night during a busy shopping season.

One thing I love to do at Logan’s Roadhouse has watched the grill cooks in their windows. Logan’s has a great system for moving a lot of dinners through the kitchen very fast. There are 3 distinct grills and grill cooks. The flow of orders rolls from one grill cook to the other. Its as if every cook gets his opportunity to be slammed with orders then he gets bailed out by the next guy. The cycles repeat themselves as long as the guests keep ordering.

Our server greeted us in a rush apologizing that she didn’t have any bread because it was in the over. What happened to “Hi welcome to Logan’s!” She said she’d be back as soon as she could to get our drink orders. We chuckled thinking, that doesn’t sound very promising that it will be any time soon. To our surprise, she was back in a jiffy and did take our drink orders. They arrived shortly thereafter and we ordered our dinners.

I selected the Logan which is their premier steak. Accompaniments included macaroni and cheese, fresh seasonal vegetables, and a cup of potato soup which I can hardly ever pass up.

The soup arrived piping hot but jammed full of potato pieces. I wondered where the creamy soup was. It comes topped with bacon and cheese and really is delicious!

Next, the entree arrived but I immediately noticed the medium-well steak wasn’t up to temperature. Before they expediter could get away from the table I was already sending back my steak to have it fired a bit longer. Something should have told me I was in for a rough re-cook when it took as long as it did. The steak was delivered by the manager and looked okay at first glance.

I sliced into it and still was thinking positively as I told the manager I should be all set. She walked away and I took my first bite… I was disappointed through and through thinking, “I sure hope that char taste is only on this corner.” I took a drink and sliced off my next piece of steak. After getting the same flavor something told me to flip the steak over.

Gosh, that said it all as the steak was entirely blackened on the plate side. The temperature was brought up nicely but the cook clearly never flipped the steak, he did all the re-cooking on 1 side and burned that side. A signal that I made him made for sending my steak back? Perhaps.

After the long wait to get someone to assist me I decided to ask for it to be removed from the bill and called it a night. You win some and you lose some, I am a fan of Logan’s Steakhouse typically so check them out and make your comments on the blog so we can see just how they’re doing.

The 5 Best Free Places to Visit in Manchester